Binary options history is short and relatively sweet. Every binary options trader has that point in their life when they wonder: how did this all come to be? Even though the premise of getting a fixed return for one’s investment is 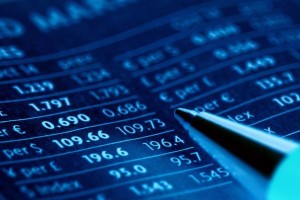 nothing new in modern financial markets, it wasn’t until binary options became widespread that such a premise proved itself more than a mere pipe dream. And then it came true: you buy something, and some time later it is worth either 100 dollars exactly, or nothing at all (completely worthless). And it was so simple it took only a few hundred dollars and a computer to make one’ fortune (or break it). But it wasn’t always so.

Initially, like so many things before them, binary options were only available to major financial players. Ordinary traders were not even aware of the possibilities binary options could provide. They were considered “exotic” (in fact, some people still classify them as such). They were an oddity; something of a pet project for the major financial institutions and the largest individual players on the market. And even they were not too keen to establish and develop binaries.

Binary options started out as over the counter financial instruments, meaning there was little regulation (if any) and most trades were based on trust – a gentleman’s game, if you will. Even as they made their crossing into the mainstream, the regulations scarcely followed their development. Originally, retail traders and their customers held no interest in unwieldy, complex contraptions that original binary options were. However, as the demand for options in general increased, and the trading software developed further making light of even the most complex trades and calculations, their simplicity and straightforward approach made binary options the rising star of new and emerging financial markets – a role they fulfill to this day. Oh, and Forex brokers with their binary options branches (like HotForex) helped a lot promoting binary options trading. Introducing binary options made lives of Forex traders easier than ever, but I digress.

2008 was the pivotal year in the development of binary options and it is a turning point in binary options history. That is the year binary options were officially recognized as a viable investment tool, on par with any other on modern markets. Of course, binary options continue to evolve. It is now possible to specify the amount of money you are willing to spend, but also the time frame, and the general conditions of a binary option; things like that were unthinkable just a few years earlier. And let us not forget SPOT options, perhaps the next step in the evolution of binary options. SPOT options offer maximum liberty and options for customization in order to make that perfect fit for your financial interests you have always wanted, but could never attain. Until now.

To sum it up, the binary options history is brief and still underrepresented in major financial journals despite the rising appetite for option trading. Binary options have gone a long way, from relative obscurity and their shady past to become the most dynamic segment of modern financial markets. Spotlight may be a novel thing for them, but they’ll surely manage.

This post is also available in: Croatian Hungarian Serbian